Most of us, even in advancing years, recall former days of childhood when we were spooked by “shadows on the wall” or “noises down the hall.” Trees outside casting long, ominous shadows into our bedroom, or we saw something “lurking in our closet.” Until being reassured by mom or dad’s gentle voice and calming touch, they seemed eerily real at the time. With time and maturity, most outgrew such fears. Now we must tackle things of substance, even if it strikes a level of fear in us. Truth eventually prevailed, and those imaginary figures that youthful minds crafted in the darkness, were mere shadows. Turning on the light immediately rousted those “bogey men.” In retrospect one can laugh about that time. However, more Americans now understand the internal threats from our own government, casting an ominous shadow on our Constitutional freedom and liberty, is no laughing matter.

A recent spike in “mass shootings” has the Progressive Left and 24/7 mainstream media feigning offense, and pounced on the issue unrelenting like buzzards on a three legged dog, hyping their tawdry line “to end the madness” and grab our guns. Still they are stoking racial fears, division, and promulgating identity politics. Do not be duped for a second that they’ve given up on shredding our Second Amendment. Be unmovable on our Second Amendment. Ask the Tibetans and “Rooftop Koreans.”

It was never the Confederate flag. Another shadow. To abate the Left’s vitriol would require “exhuming the bones of Roger Taney,” exacting retribution for the 7-2 Dread Scot v. Sanford vote. Few dispute that slavery was an abysmal period in our history. Polls were absent back then informing us how many in Union garb cared a whit about slavery. Recent strides in minority relations is nothing short of miraculous. We had eight years of a “shadow president” as #44 lurked in the Oval Office, stoking fear and division, working the day shift only, with weekends off. For the record, it was the Democrat led House in South Carolina who voted to hoist the Confederate flag atop the State House in 1962.

Are there not substantial issues to engage? Aren’t the unborn still being slaughtered in the name of “women’s health?” Don’t wait for someone else to do it. Reach out to a young girl or woman, in a troubled pregnancy, caught in that web of deceit and duplicitous language. Befriend her. Hold her hand. Save two lives. Too often we are hamstrung by confronting global battles, that transcend our scope of influence, overlooking the painfully obvious, where one’s efforts may have significant sway. For example, launch a liberty minded endeavor like libertysplace4uwy.com has done, offering Natrona County citizens a voice in the political process, countering the current GOP’s party apparatus, where liberty has been cudgeled by a gavel for the past four years. Launch a coffee klatch with like minded co-belligerents and vow, with God’s help, to take action where a vacuum exists. Give yourself an edge. Snag a subscription for The Epoch Times. Ninety percent of news outlets in the U.S. are controlled by six corporations.
Is your church a force for good today? Consider this quote from a seasoned missionary from a book written nearly sixty years ago, “Why did the church that started as the most revolutionary event the world has ever seen, degenerate into the most reactionary piece of the establishment that the world has ever known.” Be diligent to find your calling. Rarely does one discover it gazing out the kitchen window. We must engage. Confront hypocrisy where it lurks, offering a principled option. Daunting issues remain. Democrats, reenergized by taking the Oval Office, claim their newfound mantle of moral superiority. Liberty minded citizens must distinguish between pragmatic and principle; salutary versus deleterious; shadow versus substance; preference versus conviction, permanence versus fleeting, and temporal versus eternal.

Don’t waste time criticizing the inane remarks from the Left and their ilk. Let your pet chase its tail. Help strengthen the State of Wyoming. Pack the legislature with constitutional conservatives, help elect a constitutional liberty minded governor who’ll support a strong tenth amendment response to federal government’s encroachment, and forge alliances with like-minded Western States. Move beyond the shackles of banality. Discover your passion and gifting. Two questions worth pondering. First, what makes your heart beat faster? Second, what makes your blood boil? Your fingerprints should be all over it. Seize an opportunity to leave a legacy to a generation one is unlikely to see.

There’s risk in combating wrongdoing, opposing evil, and doing good. It inevitably interrupts one’s routine. Only so much time’s allotted to all. Redeem it wisely. John Greenleaf Whittier’s resplendent quote is worth repeating, “For of all sad words of tongue and pen. The saddest are these, ‘It might have been.’” Proclaim the Gospel of Jesus Christ to an increasingly secular culture. It’s not a social tonic. It’s revolutionary and transforming. Avoid the adumbrate life. Storm the gates of heaven as a prayer warrior and enlist others to join you. Be pugnacious. Learn to take a punch. Liberty isn’t grasped by proclamation, but heroic exertions by a few brave, common souls undaunted by shadows. Interrupt the status quo. Run for a local office.

It’s undeniable that mankind is Fallen. We have a long history confirming the fact. His proclivity is self-interest, when unchecked. John Adams warned us, in stark contrast to the French Enlightenment, like Rousseau and Condorcet, that men are foolish, corrupted by self passion and appetites. Citizens of all ages must understand such inclinations, both vice and virtue. Silence in the face of evil will bring no comfort; in the end, despair. What do you think? 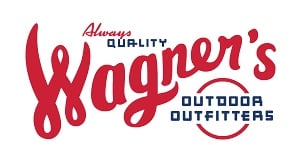