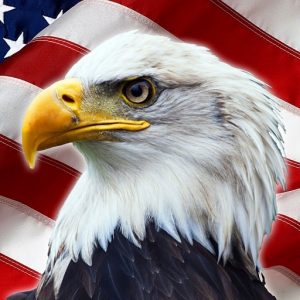 Patriots and Friends of Liberty, on Friday evening, November 11, 2022, at the Restoration Church in Casper, it happened. It’s not hype. Those in attendance are still talking about it. There’s an afterglow. We’re convinced it will pay dividends down the long road of Liberty. If you weren’t there, here’s what you missed.

“Grassroots.” Oxford defines grassroots as; “The most basic level of any organization; ordinary people regarded as the main body of an organizations membership.” That’s where it began, two years ago. From the bottom up. Liberty’s Place 4 U WY, spawned organically, by ordinary people, trusting God, to advance Liberty in Natrona County and beyond. The NCGOP lost touch with the grassroots of the party, becoming irrelevant in their descent. Captive to their own interest, hearing only their voices in an echo chamber, the leadership ignored the voice of the citizens they claimed to represent, lending to our ascent. They still don’t get it, even after the 2022 Election Winds of Liberty swept over the County. Political dullards.

“Gala.” “A festive celebration, a public event, marking a special occasion.” The public was invited to be a part of something special in Natrona County. Recognized by the Wyoming State GOP, to acknowledge that ordinary grassroots organizations like Liberty’s Place 4 U WY, Moms for Liberty, and other organic groups, stepped up to fill the void left by the insiders, who no longer represent the voice of Liberty. It wasn’t a black-tie gala, cocktail reception by effete snobs. Ordinary folks who love Liberty more than self.

“Gathering.” “An assembly or meeting, especially a social, political, or festive event, held for a special purpose.” It was estimated to be more than 175 Patriots in one place, with one purpose-celebrating the unprecedented advancement of Liberty in Natrona County. A reliable source reported 20 counties were represented. We gathered to recognize the service of Veterans, who were seated as our special guests, along with new precinct members. We dined together, fellowshipping, enjoying a catered meal. Gathering to auction off Moms for Liberty baked goods, a rifle, pistol, and other sundry items that tapped into our patron’s unrestrained generosity. $100 for an apple pie, or cinnamon rolls. Over $10,000 dollars was raised from ticket sales and auction items that evening.

The crescendo of the evening cameoed stirring speeches by newly elected House Members, Bill Allemand, Jeanette Ward, and Tony Locke, extolling the verities of Liberty, and their journey. Secretary of State Elect, Chuck Gray, challenged us to remember what’s at stake in this election-Liberty in Wyoming. These weren’t Pollyannaish pundits. But perspicacious Patriots, who understand the defense of virtuous Liberty is at stake, and the Liberty-minded wing of the Wyoming GOP. This wasn’t a scheme of political operatives. But organically generated from the ground up.

Liberty’s Place 4 U WY thanks everyone who attended this event, and participated to make it special. Many worked tirelessly behind the scenes. We appreciate the leadership of the Wyoming State GOP, who honored us by selecting Natrona County to host this watershed event. Liberty is preeminent to those in this grassroots movement. If this evening made your heart beat faster, come join us. Liberty isn’t self-perpetuating. This isn’t the time to rest on our laurels. Liberty’s door is still open.